One of the indications or signs (but not the only one), of economic development and prosperity is the development and increasing share (role) of private sector in the national economy or GDP of a certain country. Referring to data from the world Bank, an economic measure of so called domestic credit to private sector ( % to GDP ) means that financial resources like loans and non equity securities are provided to the private sector by financial institutions like banks and other financial corporations all measured as percentages with respect to GDP ( or national size of economy ) . The higher this measure is, the higher financial resources or financing is to private sector in a country and so the greater opportunity and space for the private sector to develop and grow. The better the private sector gets and bigger role it has in national economy , the better is generally the health and development of the economy of this country is. To illustrate taking examples from statistics done by World Bank, China in 2013 has the ratio of domestic credit to private sector / GDP at a rate of 133.7 % . This explains why China has succeeded in high economic growth because it allowed a space and opportunity for private sector to get financing and as a result emerge and grow leading to a mixed economy instead of just communism. Another examples in 2013, Australia, USA , and UK have indications of 122.4% , 183.6 % and 176.8 % respectively , which is one measure that these countries have well developed and advanced economies because private companies have great financing as US companies for example have 13,000 billion $ of loans . In contrast, with all respect to developing countries like Algeria in North Africa and Argentina in Latin America have this ratio of 14.5 % and 14.6 % respectively ( although both rich in minerals and natural resources like oil, metals and agricultural products) means that private sector have less role.( These countries in one way or another have recently military regimes with governmental dominance for some decades). In general, this is a one important ( but not the only one ) indicator or measure of economic degree of development and success because it shows the well being and goodness of private sector working hand in hand with public or governmental sector especially nowadays.

I was browsing through macro economic material through the web and I came across this interesting video where the author argues that the future of USA ‘s economy is as gloomy as that of Argentina’s economy in our current days, please watch the video and then read my comment below.

Here is what I think and here is why I disagree with the video:

USA is different than Argentina at least in the few coming decades. First of all , US has much higher average income (a good way to reflect on personal income is by comparing the GDP per capita of both countries) and much larger economic size than Argentina (GDP Purchasing Power Parity). The US is the third largest exporter of goods and services in the world after Germany and China. Meanwhile the USA has More than 20,000 BILLION $ Invested world wide in stocks and financial derivatives in the world. Let us not forget, US $ is still most used currency in the world trade and the reserve currency in the world and so on.

United States has the highest research and development related spending in the world;  International talents are continuously seeking migration to USA and do finally find their way to reputable universities and big companies where most of the Research and Development usually takes place. The author of the video has a point that in years things will change because there are new emerging powers like China ,Turkey, India , South Korea and Brasil. Maybe in the coming 50 years , these rising economies will become super powers to surpass USA, the same way USA became a superpower stronger than France and Britain. Even then, USA will still have high economic relevance and competitiveness, the same way France and Britain are still of great importance to world economy. 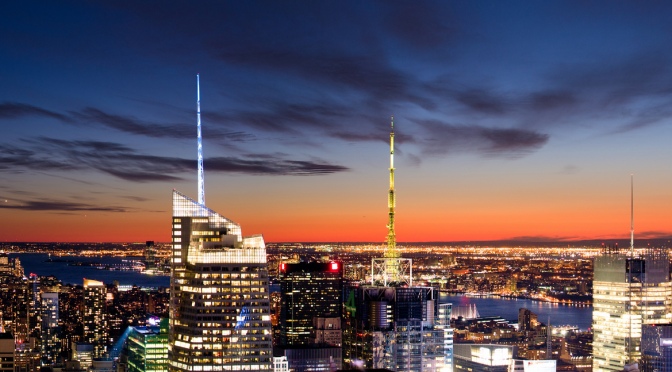 The United States of America has the largest size of economy in the world. The US real GDP* (Gross Domestic Product after taking inflation into account) in the second quarter of 2014 has become approximately 16,000 billion dollars, which is around one fifth of the world economy. The economic growth was 4.2 % in second quarter of 2014 that was higher than many developed countries. Meanwhile, the US Dollar “$” is the most widely used currency in international transactions and world trade as a reference and a means of exchange nowadays. Moreover, the US dollar constitutes 61% of the world reserve currency according to some statistics. The total national wealth of USA in 2008 was $ 118 trillion (including $ 57 trillion or $ 57,000 billion household net worth). In 2009, 30 % of the entire world’s millionaires were residing in US. In 2011, 34 % of the world billionaires were American. All of the mentioned facts and statistics above are an indication that USA is one of the wealthiest nations on earth.
END_OF_DOCUMENT_TOKEN_TO_BE_REPLACED